Making a Riddle out of a Solution 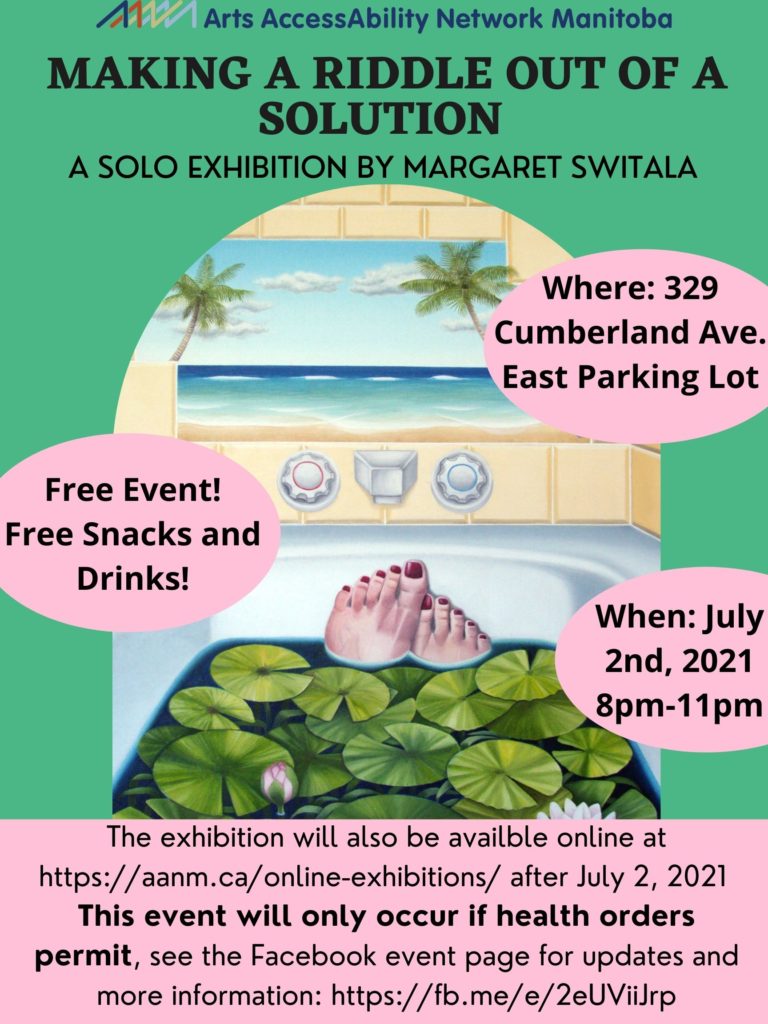 A solo exhibition by Margaret Switala

Margaret was born in Regina, Canada and lives in Winnipeg, Manitoba.

After working as a graphic designer and illustrator for over 15 years, she returned to her first love – painting and began to take part in art exhibitions.

Since 2004 she has participated in international art plein-air residencies, European and American shows both group and solo. She has also received grants from the Manitoba Arts Council and Winnipeg Arts Council to help further her artistic career.

She has received past awards and honorariums. Her work can be found in private and public collections in Canada, USA, Europe and Latin America.

I find that working in the style of surrealism is the most creative potential of the unconscious mind and has unlimited possibilities of the imagination. For many years, I have been an admirer of such great artists as Magritte, Dali and Chagall but it is with Frida Kahlo that I most identify with personally.

Working in oil, I choose a juxtaposition of landscapes and objects to create surreal compositions. Most of my work deals with spiritual, symbolical and metaphysical topics. They become a meeting place and threshold between the worlds of imagination and reality, the individual and the collective. It is a paradox within. These unusual combinations can create moments of visual poetry.

I argue that my surrealistic images are even more representational of life because they contain feelings and emotions that resonate with the viewers. Sometimes life does not have to be viewed according to reality, instead, why not explore the depths of the mind and soul and reach for something deeper than the reality that plague us and traps us daily? Thus I create my own world and reasons and shut out the logical common ones.

As art is a universal language, it is also a window to your soul.

Making a Riddle out a Solution